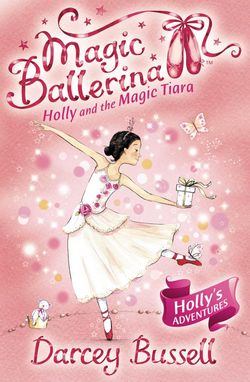 Holly has arrived in Enchantia just in time for the christening of Princess Aurora’s baby. But one of the gifts isn’t all that it seems. Princess Aurora’s parents, King Tristan and Princess Isabella, have been so busy looking out for Sleeping Beauty’s spinning wheel that they haven’t seen what has been staring them in the face… in the magic tiara!