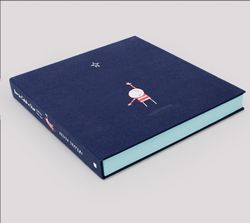 Celebrate the 10th anniversary of How to Catch a Star by internationally bestselling picture book creator, Oliver Jeffers, with this highly-desirable, deluxe collector’s edition!

The publication of How to Catch a Star in 2004 heralded the arrival of a captivating new talent on the picture book scene. Now beloved by children all over the world, the book has achieved huge critical and commercial success.

A beautiful foiled gift box containing a very special limited edition of How to Catch a Star along with an exclusive, signed art print.

No Oliver Jeffers’ fan will want to be without this magnificent edition!