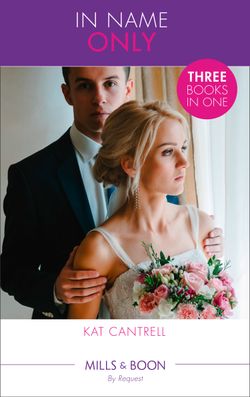 One Night Stand Bride
Their one-night stand made the headlines. Now playboy Hendrix Harris decides marrying the Rosalind Carpenter will stop the rumours from derailing his family’s political ambitions. Rosalind will make the perfect bride…and she drives him wild.

Contract Bride
All work and no play for reasons he won’t talk about, CEO Warren Garinger keeps his company at the top. And he needs his ace marketing consultant, Aussie Tilda Barrett, to stay in the US despite an immigration mix-up. His solution: a marriage in name only!

KAT CANTRELL read her first Harlequin novel in third grade and has been scribbling in notebooks since she learned to spell. She majored in literature, officially with the intent to teach, but ended up in middle management, until she became a stay-at-home-mom and full-time writer. She was the 2011 Harlequin So You Think You Can Write winner and a 2012 RWA Golden Heart finalist for best unpublished series contemporary manuscript. Kat, her husband and their two boys live in north Texas.