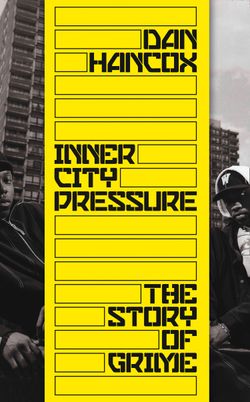 The year 2000. As Britain celebrates the new millennium, something is stirring in the crumbling council estates of inner-city London. Making beats on stolen software, spitting lyrics on tower block rooftops and beaming out signals from pirate-radio aerials, a group of teenagers raised on UK garage, American hip-hop and Jamaican reggae stumble upon a dazzling new genre.

Against all odds, these young MCs will grow up to become some of the UK’s most famous musicians, scoring number one records and dominating British pop culture for years to come. Hip-hop royalty will fawn over them, billion dollar brands will queue up to beg for their endorsements and through their determined DIY ethics they’ll turn the music industry’s logic on its head.

But getting there won’t be easy. Successive governments will attempt to control their music, their behaviour and even their clothes. The media will demonise them and the police will shut down their clubs. National radio stations and live music venues will ban them. There will be riots, fighting in the streets, even murder. And the inner-city landscape that shaped them will be changed beyond all recognition.

Drawn from over a decade of in depth interviews and research with all the key MCs, DJs and industry players, in this extraordinary book the UK’s best grime journalist Dan Hancox tells the remarkable story of how a group of outsiders went on to create a genre that has become a British institution. Here, for the first time, is the full story of grime.

Dan Hancox is a native Londoner who writes about music, politics, gentrification, social exclusion, protest and the margins of urban life, chiefly for the Guardian, but also the New York Times, Vice, The Fader, Dazed & Confused and XXL. He is the author of The Village Against the World (Verso).