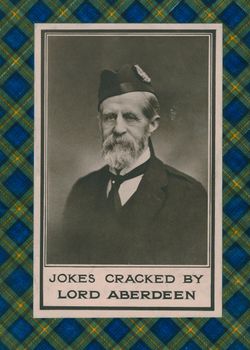 For decades Jokes Cracked by Lord Aberdeen has been one of the most sought-after out-of-print books; it has become something of a cult classic. Now, it’s available once more.

An Independent Comedy Book of the Year 2013

With elegant illustrations and an introduction from comedy writer John Finnemore, this is the perfect book for anyone in need of a good laugh.