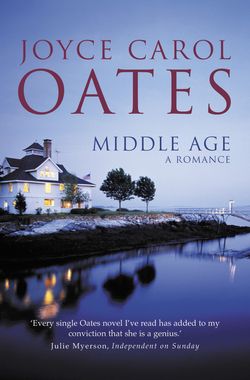 A tender, hilarious novel about contemporary America. With ‘Middle Age’ Joyce Carol Oates has been acclaimed as one of the most important writers of her time.

Salthill-on-Hudson is half an hour outside New York, a place where the inhabitants are beautiful, rich and, though they look younger than they really are, middle-aged.

When the enigmatic sculptor Adam Berendt dies suddenly, his death sends shock waves through the town. His loss and rumours of Adam’s possible lovers force the community to re-evaluate their lives.

Adam’s lawyer, Roger Cavanagh, who has broken the law for Adam’s sake, becomes involved with an elusive and perhaps treacherous young woman. Marina Troy exiles herself to fulfil a wish Adam had made for her. Lionel sets out, unwisely but with great hope, to re capture his youth lost after a lifetime of financial success, even as his wife Camille discovers an unspeakable joy close to home. Augusta Cutler, a hitherto sensuous, unreflective woman, sets out defiantly to solve the mystery of Adam’s origins.

‘Middle Age’ is an intimately drawn group portrait and a richly sympathetic yet unsparingly comic portrait of present-day affluent America from one of the finest writers of contemporary fiction.

Joyce Carol Oates is a novelist, critic, playwright, poet and author of short stories and one of America’s most highly respected literary figures. She is the Roger S. Berlind Distinguished Professor of Humanities at Princeton University. Her most recent novel, ‘The Gravedigger’s Daughter’ was published in 2007.