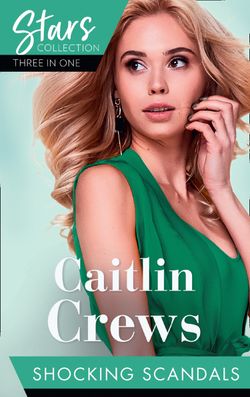 Magnate Luca Castelli thinks he knows everything about his late father’s widow Kathryn. He won’t be fooled by the tabloids’ adoration. He knows this achingly beautiful woman is no saint! Yet when terms of the will force Luca to become Kathryn’s boss, he may need to reconsider…
*
Royal scoundrel Felipe Cairo is the least likely king in Europe and avoids the crown with a passion! To uphold his reckless image and avoid the shackles of duty, Cairo must choose a most inappropriate wife…Enter media sensation Brittany Hollis!
*
When domineering Spaniard Izar Augustin was made guardian to innocent Liliana Girard Brooks, he couldn’t have known that the passing years would turn her into an alluring woman. Or that the consequences of one night together could bind them for ever!

Caitlin Crews discovered her first romance novel at the age of twelve and has since began her life-long love affair with romance novels, many of which she insists on keeping near her at all times. She currently lives in California, with her animator/comic book artist husband and their menagerie of ridiculous animals.