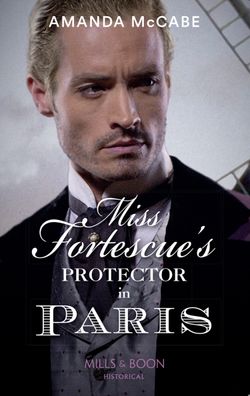 With the scoundrel spy!

A Debutantes in Paris story: Running her father’s mercantile empire and campaigning for women’s rights means unconventional Emily Fortescue has no time for romance. But when her politics land her in trouble, old friend Christopher Blakely comes to her rescue. They grew up arguing, sparring – even kissing – until he withdrew into his mysterious work. Now she’s torn between safeguarding her bruised heart, and the lure of their spark reigniting…!

Amanda McCabe wrote her first romance at sixteen – a vast historical epic starring all her friends as the characters, written secretly during algebra class! She's never since used algebra, but her books have been nominated for many awards, including the RITA Award, Booksellers Best, National Readers Choice Award and the Holt Medallion. In her spare time she loves taking dance classes and collecting travel souvenirs. Amanda lives in Oklahoma. Email her at: amanda@ammandamccabe.com