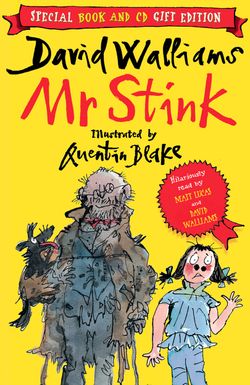 NEW BOOK AND CD PACK – The second original, touching, twisted, and most of all hilarious novel for children from David Walliams, number one bestseller and fastest growing children’s author in the country – beautifully illustrated by Quentin Blake.