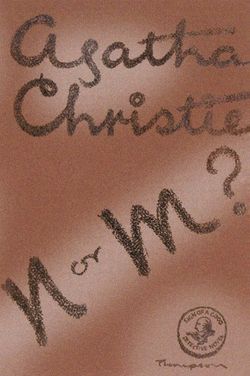 A groupd of wartime spies and saboteurs are operating out of an English seaside resort. Tommy and Tuppence are sent to investigate…

It is World War II, and while the RAF struggles to keep the Luftwaffe at bay, Britain faces an even more sinister threat from ‘the enemy within’ – Nazis posing as ordinary citizens.

With pressure mounting, the Intelligence service appoints two unlikely spies, Tommy and Tuppence Beresford. Their mission: to seek out a man and a woman from among the colourful guests at Sans Souci, a seaside hotel. But this assignment is no stroll along the promenade. After all, N and M have just murdered Britain’s finest agent…