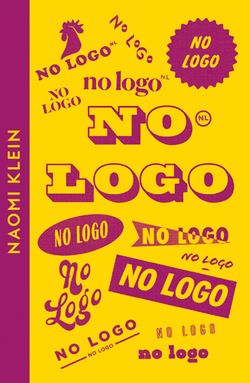 When No Logo was first published, it became an instant bestseller and international phenomenon. Its riveting exposé of the branded and corporate world in which we live became a rallying cry for rebellion and self-determination.

Engaging, humanising and inspiring, No Logo is a book that defined both a generation and its language of protest. Its analysis is as timely and powerful as ever.

Naomi Klein is an award-winning journalist and author of the New York Times bestsellers No Logo, The Shock Doctrine, This Changes Everything, No Is Not Enough and On Fire.  Senior Correspondent for The Intercept, Puffin Writing Fellow at Type Media Center, and contributor for The Nation and The Guardian, Klein is the inaugural Gloria Steinem Endowed Chair in Media, Culture and Feminist Studies at Rutgers University.