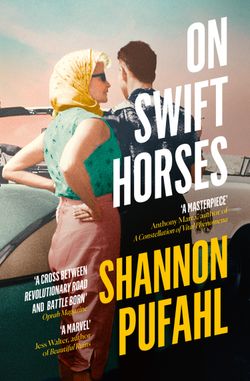 Set in 1950’s America at a time when people stopped looking west and started looking up: a breathtakingly beautiful debut novel of revolution, chance and the gambles we take with the human heart.

Introducing ‘On Swift Horses’: a Q&A with author Shannon Pufhal