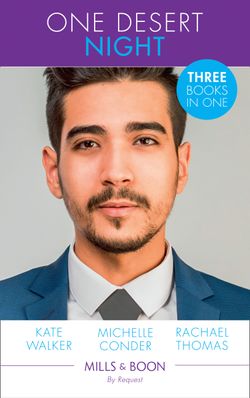 Destined for the Desert King

Shy beauty Aziza El Afarim secretly hopes that her husband remembers the closeness they shared as children. Sheikh Nabil Al Sharifa will give Aziza everything…except his love. But as pressure to produce an heir mounts, could there be more than duty in the marriage bed?

Hidden in the Sheikh’s Harem

Prince Zachim Darkhan of Bakaan never expected to find himself at the mercy of his nemesis, or hiding the man’s daughter in his harem! But Farah Hajjar is no man’s prisoner, and as the power play between them escalates so too does Zachim’s desire to taste the sensual delights their chemistry promises…

Claimed by the Sheikh

Princess Amber’s arranged marriage to Prince Kazim Al-Amed of Barazbin was a dream come true. But after a disastrous wedding night, a furious Kazim banished Amber. Now, with his country in turmoil Kazim must track down his princess…

Kate Walker was always making up stories. She can't remember a time when she wasn't scribbling away at something and wrote her first “book” when she was eleven. She went to Aberystwyth University, met her future husband and after three years of being a full-time housewife and mother she turned to her old love of writing. Mills & Boon accepted a novel after two attempts, and Kate has been writing ever since. Visit Kate at her website at: www.kate-walker.com