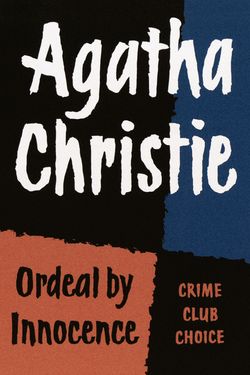 The Argyle family is far from pleased to discover one of its number has been posthumously pardoned for murder – if Jacko Argyle didn’t kill his mother, who did?

Dr. Arthur Calgary takes a ferry across the Rubicon River to Sunny Point, the home of the Argyle family.
A year before, the matriarch of the family was murdered and a son, Jacko, was convicted and sentenced to spend the rest of his life in prison.

Throughout the trial Jacko had maintained his innocence, claiming he was hitchhiking on the night of the murder and he had been picked up by a middle-aged man in a dark car. Unable to locate this mystery man the police viewed Jacko’s as a lie. Calgary was the stranger in question, but he arrives to late for Jacko – who succumbs to pneumonia after serving just six months of his sentence.

Feeling a sense of duty to the Argyles, Calgary is surprised when his revelation has a disturbing effect on the family – it means one of the family is a murderer…