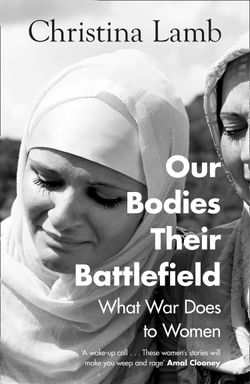 SHORTLISTED FOR THE BAILLIE GIFFORD PRIZE FOR NON-FICTION 2020

CHRISTINA LAMB is one of Britain’s leading foreign correspondents and a bestselling author. She has won 14 major awards including five times being named Foreign Correspondent of the Year and winning Europe’s top war reporting prize, the Prix Bayeux. She is the author of numerous books including Farewell Kabul, The Africa House, Waiting for Allah, The Sewing Circles of Herat and House of Stone. She co-wrote the international bestseller I Am Malala with Malala Yousafzai and The Girl from Aleppo with Nujeen Mustafa. She is a fellow of the Royal Geographical Society, an honorary fellow of University College, Oxford and was awarded an OBE in 2013.