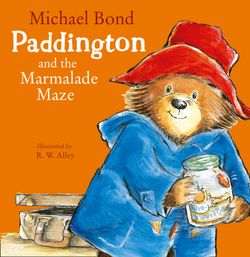 When Paddington and Mr Gruber visit Hampton Court they are joined by a group of tourists who all expect to come back home with them for tea! Luckily, Paddington finds an a-mazing way out of the situation.