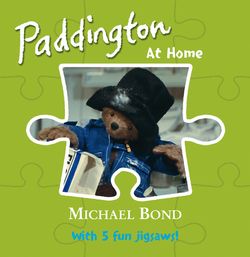 Little ones will love this simple story about Paddington helping around the house, with an easy-assemble 9-piece jigsaw on every spread.

Now the youngest children can enjoy a day in the life of Paddington in a simplified story with gorgeously nostalgic Film Fair classic animation images and a press-out and play jigsaw to complete on every spread.