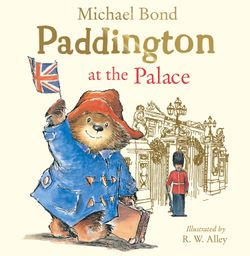 When Mr Gruber takes Paddington to Buckingham Palace to watch the Changing of the Guard, there are so many people in the way he can’t see anything! Luckily a mysterious someone ‘on high’ appears to like small bears…