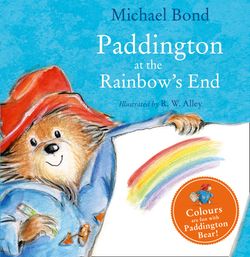 Paddington Bear loves all the colours of the rainbow. But after a long day shopping in town, there is one particular colour that he likes above all others…

Pre-schoolers will love learning about colours with the help of Paddington!