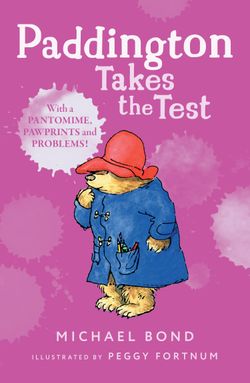 “Congratulations on passing your driving test!” said the examiner, grimly.

Who would have thought it possible when he has just sat on Paddington’s marmalade sandwiches and been driven into the car in front? But then, he hasn’t tested many bears before.