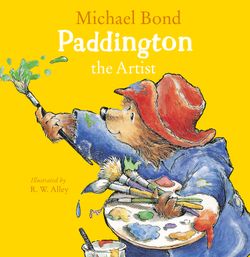 When Paddington goes to an outdoor painting exhibition he is inspired to work on his own masterpieces. And it’s not long before he sells some of his paintings to a mysterious art collector!