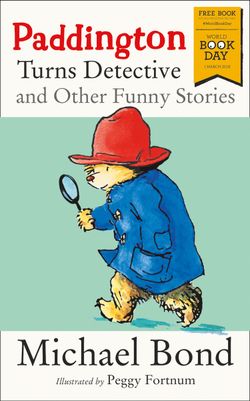 Three classic Paddington Bear stories, by beloved author Michael Bond, are brought together for the first time in this special collection for World Book Day 2018.

Nothing is ever straightforward when Paddington is involved. Whether he is attempting detective work, helping to sail a boat or performing magic, ordinary things have a habit of becoming quite extraordinary!

Laugh out loud with everyone’s favourite bear from Darkest Peru!