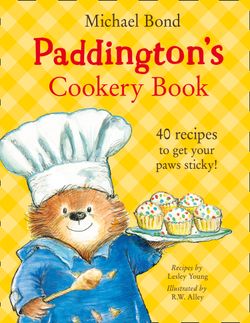 Get your paws sticky with Paddington in this fun-filled family cook book! From bear-shaped cookies to marmalade sausages, with treats from around the world, there is something for everyone in this unique collection of recipes. The perfect gift for Paddington fans of all ages!

Paddington has collected together all of his favourite recipes in this wonderful family cookbook.

Packed full of anecdotes of Paddington’s own hilarious kitchen experiences, along with memories of sampling various dishes, this book is every bit as fun to read as it is instructional!

Tie on your apron, and get stuck in!