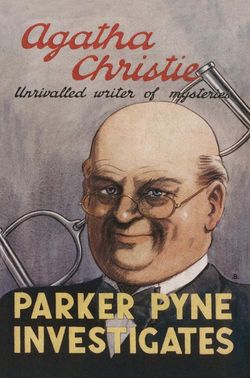 Mrs Packington felt alone, helpless and utterly forlorn. But her life changed when she stumbled upon an advertisement in The Times which read: ‘ARE YOU HAPPY? IF NOT, CONSULT MR PARKER PYNE’.

Equally adept at putting together the pieces of a marriage or the fragments of a murder mystery, Mr Parker Pyne was possibly the world’s most unconventional private eye – and certainly its most charming.