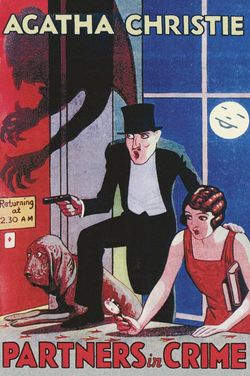 Tommy and Tuppence are hired by a detective agency which promises to solve crimes in 24 hours. Sixteen different cases await their attention, which they decide to solve in the manner of different famous detectives…

Tommy and Tuppence Beresford were restless for adventure, so when they were asked to take over Blunt’s International Detective Agency, they leapt at the chance.

After their triumphant recovery of a pink pearl, intriguing cases kept on coming their way: a stabbing on Sunningdale golf course; cryptic messages in the personal columns of newspapers; and even a box of poisoned chocolates.