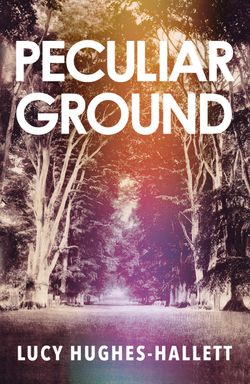 A SPECTATOR BOOK OF THE YEAR

‘Unlike anything I’ve read. Haunting and huge, and funny and sensuous. It’s wonderful’ Tessa Hadley

‘I just enjoyed it so very much’ Philip Pullman

It is the 17th century and a wall is being built around a great house. Wychwood is an enclosed world, its ornamental lakes and majestic avenues planned by Mr Norris, landscape-maker. A world where everyone has something to hide after decades of civil war, where dissidents shelter in the forest, lovers linger in secret gardens, and migrants, fleeing the plague, are turned away from the gate.

Nell grows up and Wychwood is invaded. There is a pop festival by the lake, a TV crew in the dining room and a Great Storm brewing. As the Berlin wall comes down, a fatwa signals a different ideological faultline and a refugee seeks safety in Wychwood.

From the multi-award-winning author of The Pike comes a breathtakingly ambitious, beautiful and timely novel about game keepers and witches, agitators and aristocrats, about young love and the pathos of aging, and about how those who wall others out risk finding themselves walled in.

Lucy Hughes-Hallett is the author of The Pike: Gabriele D'Annunzio, Poet, Seducer and Preacher of War, which won the Samuel Johnson Prize, the Duff Cooper Prize, the Political Book Awards Political Biography of the Year and the Costa Biography Award. Before that, she wrote Cleopatra: Histories, Dreams and Distortions which was published in 1990 to wide acclaim, and Heroes: Saviours, Traitors and Supermen, published in 2004, which garnered similar praise. Cleopatra won the Fawcett Prize and the Emily Toth Award. Lucy lives in London.