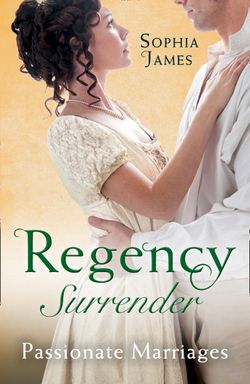 No matter the cost they’ll say ‘I do’!

Marriage Made in Rebellion by Sophia James
Severely wounded Captain Lucien Howard, Earl of Ross, has a boat waiting to take him home but this means parting ways with the woman he’s given his heart too. He can’t stay in war-torn Spain. Yet neither can he stop his arms from tightening about Alejandra as he breathes her in…

Marriage Made in Hope by Sophia James
Lady Sephora Connaught knows there is another, more reckless side to her. When she’s rescued by the wild and dangerous Francis St Cartmail, Earl of Douglas, suddenly her confined world bursts into vibrant life. She offers him hope, but only time will tell if their fragile marriage is enough to banish his demons for ever!

Georgette Heyer novels formed Sophia James’s reading tastes as a teenager. But her writing life only started when she was given a pile of Mills & Boons to read after she had had her wisdom teeth extracted! Filled with strong painkillers she imagined that she could pen one, too. Many drafts later Sophia thinks she has the perfect job writing for Harlequin Historical as well as taking art tours to Europe with her husband, who is a painter.