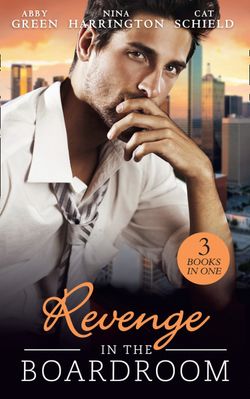 The last time Luca Fonseca saw Serena DePiero he ended up in jail. The Brazilian billionaire has since clawed back his reputation, but he’s never forgotten her. So when Luca discovers Serena’s working for his charity his anger is reignited… As passion flares it may just consume them both!

Who’s Afraid of the Big Bad Boss? By Nina Harrington

Scott Elstrom craves freedom…so leaving the wilds of Alaska behind to save the family company isn’t top on his list of priorities! And getting his portrait painted by one feisty, sexy fireball…? Never! But, Tori needs this commission so she won’t back down. This battle of wills is proving to be a bit too tempting!

When it comes to Rachel, Max makes an exception to his take-no-prisoners rule. He’ll hold her hostage as his secretary and settle old scores from their brief affair. Rachel needs Max to keep her business alive so she can’t say no. But soon their reignited passion reveals the mystery of her past. Will Max be able to forgive her?

Cat Schield lives in Minnesota with her daughter, their opiniated Burmese cats and a silly Doberman puppy. Winner of the Romance Writers of America 2010 Golden Heart® for series contemporary romance, when she's not writing sexy, romantic stories for Harlequin Desire, she can be found sailing with friends on the St. Croix River or in more exotic locales like the Caribbean and Europe. You can find out more about her books at www.catschield.net.