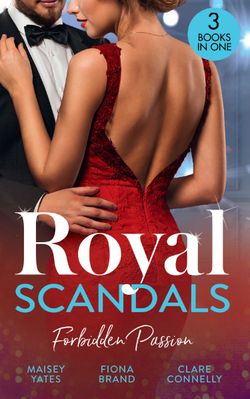 As King Luca of San Gennaro prepares to take the throne, the last thing he needs is a scandal. Especially one of his own making! But his plan to select a husband for his stepsister backfires wildly when their forbidden desire explodes passionately into life! However much they long for each other, it must never happen again. Until Luca discovers Sophia is pregnant with his heir…
•
Twenty-four hours before he’s to formally announce his engagement to the bride his father has chosen, Sheikh Kadin Gabriel ben Kadir gives in to a rare moment of temptation. But when one night with Sarah Duval leads to pregnancy, he vows to wed the captivating history teacher who arouses such powerful desire and keep his heart out of the bargain.
•
Vibrant artist Frankie is shocked when Matt, the enigmatic stranger she gave her innocence to, reappears in her life. His touch was intensely sensual, his kiss pure magic… yet their affair had consequences, and Frankie had no way to contact him. Now she’s in for the biggest shock of all—Matt is actually King Matthias! And to claim his heir, he demands Frankie become his queen!