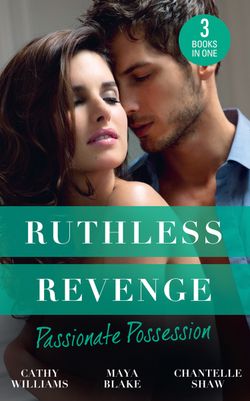 When Sophie left tycoon Javier, and walked down the aisle with another man, he swore to make her pay. Now with Sophie desperate, Javier’s assistance comes with a price tag – the gorgeous body that was denied to him! Until he discovers Sophie’s exquisite innocence …

Billionaire Zaccheo Giordano needs revenge on the treacherous Penningtons who put him in prison. And he’ll start with his ex, Eva. When Zaccheo demands she wear his ring again, to save her family, Eva has to agree. Until he makes it clear that their marriage will be real in every sense…

Cruz Delgado is the renowned owner of a diamond empire. But there is still one dent in his pride: aristocratic Sabrina Bancroft, the only woman ever to walk away from him. Having her at his beck and call, in his bed and wearing his jewels should satisfy him!

Cathy Williams is a great believer in the power of perseverance as she had never written anything before her writing career, and from the starting point of zero has now fulfilled her ambition to pursue this most enjoyable of careers. She would encourage any would-be writer to have faith and go for it! She derives inspiration from the tropical island of Trinidad and from the peaceful countryside of middle England. Cathy lives in Warwickshire her family.