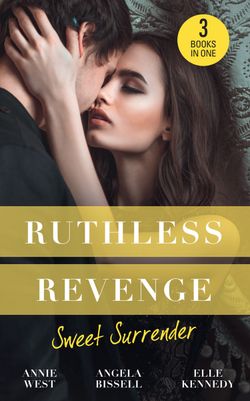 Donato Salazar plans to jilt his enemy’s daughter. Except Ella Sanderson isn’t the vacuous socialite he expected and she refuses to marry him! Her sweet rebellion only makes Donato want her more, so he’ll have to persuade her…

For years formidable Leonardo Vincenti has planned vengeance – and nothing will stop him – not even his enemy’s stunning, passionate daughter Helena. But Leo has underestimated Helena and the secrets that drive her…
Ruthless Special Ops Captain Robert Tate and Eva Dolce only have one thing in common – revenge. While Eva hides her past and will do anything to save her son, can Tate forgive her secrets… or will he deny their combustible chemistry?

Addicted to daydreaming and romance from a young age, Angela suspects she was destined to become a writer although she did travel a convoluted career path on her way to authordom. Like many an intrepid Kiwi she also travelled the world, backpacking through Europe, Egypt, Israel, Turkey and the Greek Islands before settling for a time in London. Now she lives back home in New Zealand, never taking a day in her beautiful country for granted and loving the challenge of pursuing her writerly dreams.