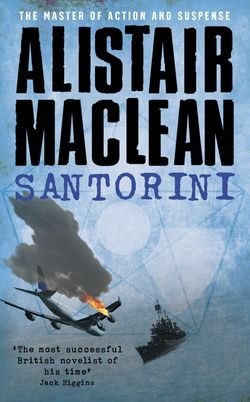 Reissue of the gripping tale of sabotage at sea, from the acclaimed master of action and suspense.

In the heart of the Aegean Sea, a luxury yacht is on fire and sinking fast. Minutes later, a four-engined jet with a fire in its nose-cone crashes into the sea.

Is there a sinister connection between these two tragedies? And is it an accident that the Ariadne, a NATO spy ship, is the only vessel in the vicinity – the only witness?

Only Commander Talbot of the Ariadne can provide the answers as he uncovers a deadly plot involving drugs and terrorism – leading to the heart of the Pentagon.