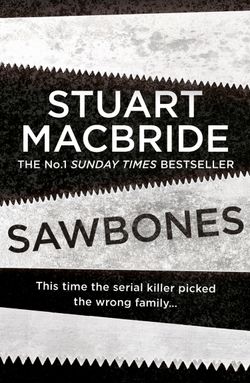 Stuart MacBride is the No.1 Sunday Times bestselling author of the Logan McRae and Ash Henderson novels. He’s also published standalones, novellas and short stories as well as a children’s picture book.

Stuart’s novels have won him the CWA Dagger in the Library, the Barry Award for Best Debut Novel, Best Breakthrough Author at the ITV3 crime thriller awards and a Dead Good Reader’s Award. He has been shortlisted for the Barry Award, and twice for the Theakston’s Old Peculier Crime Novel of the Year Award.

Other highlights of Stuart’s career include being inducted into the ITV3 Crime Thriller Hall of Fame and winning Celebrity Mastermind. He has also been crowned World Stovies Champion and the Dissecting Room at the University of Dundee’s mortuary is named after him. He has been awarded honorary doctorates by the University of Dundee and Robert Gordon University in Aberdeen.

Stuart lives in the northeast of Scotland with his wife Fiona, cats Grendel, Gherkin, Onion, and Beetroot, some hens, horses, and a vast collection of assorted weeds.