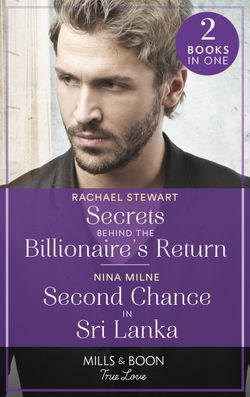 Secrets Behind the Billionaire’s Return by Rachael Stewart

Has he returned to claim her heart…?

In this Claiming the Ferrington Empire story, sixteen years ago Felicity fell in love with the boy from Ferrington Manor. But when Sebastian vanished she was left with the secret consequence of their love… And now he’s back! Will the revelations about his departure be enough for Felicity to succumb to the feelings that still draw her to him?

When in paradise, miracles can happen!

Seeing her ex-husband Matt again for her sister’s Sri Lankan island wedding was meant to bring Zoe closure—not butterflies! When they’re gifted a break alone on the paradise island afterwards, it’s an opportunity to prove they were never compatible and finally move on. Or will they discover they were always meant to be?