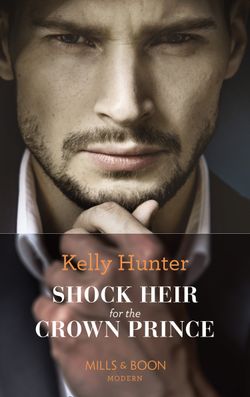 She kept his royal heir a secret…
Now he’ll make her his reluctant Queen!

Prince Casimir of Byzenmaach can’t shake the memory of Anastasia Douglas. With her, he forgot his royal duties in a moment of wild abandon. Seven years later he must wed—but in seeking out the unforgettable Anastasia he discovers a secret: she had his daughter! And he’ll stop at nothing to claim them both…

Kelly Hunter has always had a weakness for fairytales, fantasy worlds, and losing herself in a good book. She is married with two children, avoids cooking and cleaning, and despite the best efforts of her family, is no sports fan! Kelly is however, a keen gardener and has a fondness for roses. Kelly was born in Australia and has travelled extensively. Although she enjoys living and working in different parts of the world, she still calls Australia home.