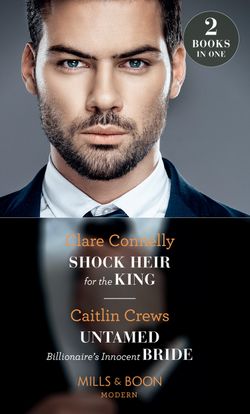 Shock Heir for the King

Cinderella had his baby…

Frankie is shocked when Matt, the stranger she gave her innocence to, reappears. Now she’s in for the biggest shock of all—he’s actually King Matthias! And to claim his heir, he demands Frankie become his queen!

A virgin to tame him!

To prevent a scandal, Lauren needs to find reclusive Dominik—her boss’s estranged brother—and convince him to marry her! As Dominik awakens her long-dormant desire, will Lauren accept that their hunger can’t be denied…?

Caitlin Crews discovered her first romance novel at the age of twelve and has since began her life-long love affair with romance novels, many of which she insists on keeping near her at all times. She currently lives in California, with her animator/comic book artist husband and their menagerie of ridiculous animals.