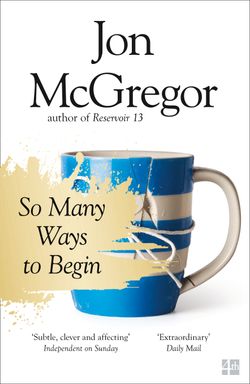 LONGLISTED FOR THE MAN BOOKER PRIZE

David Carter cannot help but wish for more: that his wife Eleanor would be the sparkling girl he once found so irresistible; that his job as a museum curator could live up to the promise it once held; that his daughter’s arrival could have brought him closer to Eleanor. But a few careless words spoken by his mother’s friend have left David restless with the knowledge that his whole life has been constructed around a lie.