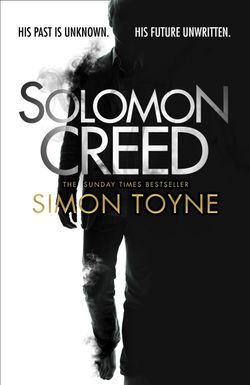 ‘A fast-moving thriller that makes for an exhilarating read. Perfect for any fans of Lee Child’ Sun

HIS PAST IS UNKNOWN. HIS FUTURE UNWRITTEN.
WHO IS SOLOMON CREED?

The first in an electrifying new thriller series from Sunday Times bestselling author, Simon Toyne. Perfect for fans of Lee Child, and I AM PILGRIM, by Terry Hayes.

A plane crashes in the Arizona desert.

One lone figure emerges alive from the wreckage.

He has no memory of his past, and no idea of his future.

He only knows he must save a man.

But how do you save someone who is already dead?