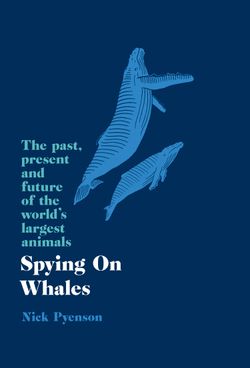 Whales are among the largest, most intelligent, deepest diving species to have ever lived on our planet. We have hunted them for thousands of years and scratched their icons into our mythologies. They simultaneously fill us with waves of terror, awe and affection – yet we know hardly anything about them.

Whales tend to only enter our awareness when they die, struck by a ship or stranded in the surf. They evolved from land-roaming, dog-like creatures into animals that move like fish, breathe like us, can grow to 300,000 pounds, live 200 years and roam entire ocean basins. Yet despite centuries of observing whales, we know little about their evolutionary past.

In this remarkable new book, the Smithsonian’s star palaeontologist Nick Pyenson takes us to the ends of the earth and to the cutting edge of whale research as he searches for the answers to some of our biggest questions about these graceful giants. His rich storytelling takes us deep inside the Smithsonian’s unparalleled fossil collection, to frigid Antarctic waters, and to the arid desert of Chile, where scientists race against time to document the largest fossil whalebone site on earth.

Spying on Whales is an illuminating story of scientific discovery that brings readers closer to the most enigmatic and beloved animals of all time.

Nick Pyenson is the curator of fossil marine mammals at the Smithsonian Institution’s National Museum of Natural History in Washington, D.C. His writing and discoveries frequently appear in the New York Times, Washington Post, The Economist and on the BBC. A National Geographic Explorer, he has done scientific fieldwork on every continent and has led over a dozen scientific expeditions during the last decade.