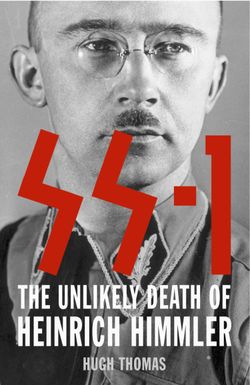 On 23 May 1945 Heinrich Himmler, leader of the SS and architect of the Holocaust, committed suicide in Allied custody. So why was MI6’s most talented secret agent Kim Philby unconvinced by the story of Himmler’s suicide?

Hugh Thomas set out to answer Philby’s question and has uncovered a maze of corruption, high finance, political gambles and international intrigue.

Hugh Thomas is a surgeon and forensic expert of international repute. His 1979 book, The Murder of Rudolf Hess, caused a world-wide furore as it alleged that the prisoner in Spandau Gaol was not Rudolf Hess. His second book Hess: A Tale of Two Murders precipitated a six month Scotland Yard inquiry which saw its report immediately suppressed.