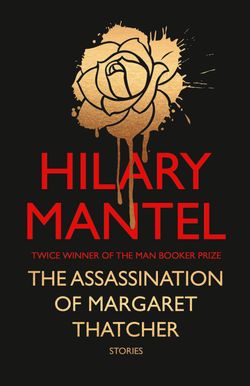 A brilliant – and rather transgressive – collection of short stories from the double Man Booker Prize-winning author of ‘Wolf Hall’ and ‘Bring Up the Bodies’.

Hilary Mantel is one of Britain’s most accomplished and acclaimed writers. In these ten bracingly subversive tales, all her gifts of characterisation and observation are fully engaged, summoning forth the horrors so often concealed behind everyday façades. Childhood cruelty is played out behind the bushes in ‘Comma’; nurses clash in ‘Harley Street’ over something more than professional differences; and in the title story, staying in for the plumber turns into an ambiguous and potentially deadly waiting game.

Whether set in a claustrophobic Saudi Arabian flat or on a precarious mountain road in Greece, these stories share an insight into the darkest recesses of the spirit. Displaying all of Mantel’s unmistakable style and wit, they reveal a great writer at the peak of her powers.

Hilary Mantel is the author of thirteen books , including A PLACE OF GREATER SAFETY, BEYOND BLACK, and the memoir GIVING UP THE GHOST. Her two most recent novels, WOLF HALL and its sequel BRING UP THE BODIES, have both been awarded The Man Booker Prize – an unprecedented achievement.