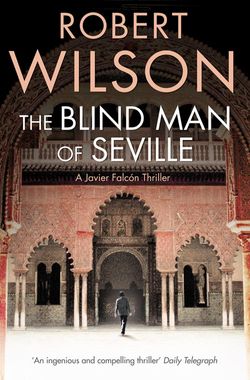 The man is bound, gagged and dead in front of his television.The terrible self-inflicted wounds tell of his violent struggle to avoid some unseen horror. On the screen? In his head? What could make a man do that to himself?

It’s Easter week in Seville, a time of passion and processions. But detective Javier Falcón is not celebrating. Appalled by the victim’s staring eyes he is inexorably drawn into this disturbing, mystifying case. And when the investigation into the dead man’s life sends Javier trawling though his own past and into the shocking journals of his late father, a famous artist, his unreliable memory begins to churn. Then there are more killings and Falcón finds himself pushed to the edge of a terrifying truth…

Robert Wilson was born in 1957. A graduate of Oxford University, he has worked in shipping and advertising in London and trading in West Africa. He is married and divides his time between England, Spain and Portugal.