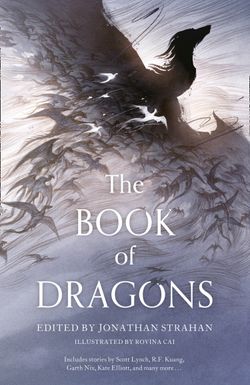 A unique collection of stories by the greatest fantasy writers working today.

Sparking myths and legends from Asia to Europe, Africa to North America, dragons are the most universal and awe-inspiring of magical creatures.

Whether they are fearsome, rampaging monsters or benevolent sages with much to teach humanity, dragons bring creation, destruction, and adventure in stories told all around the globe.

Featuring stories from Scott Lynch, R.F. Kuang, Garth Nix, Ken Liu, Kate Elliott, and many more, THE BOOK OF DRAGONS breathes fresh life and fire into the greatest magical beasts of all.