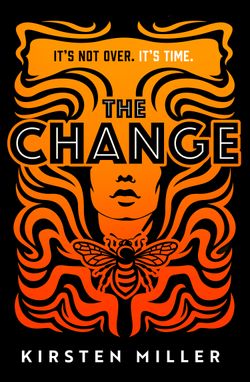 The change is coming…

After Nessa is widowed and her daughters leave for college, she’s left alone in her house near the ocean. In the quiet hours, she hears voices belonging to the dead – who will only speak to her.

On the cusp of fifty Harriett’s marriage and career imploded, and she hasn’t left her house in months. But her life is far from over – in fact, she’s undergone a stunning metamorphosis.

Jo spent thirty years at war with her body. The rage that arrived with menopause felt like the last straw – until she discovers she’s able to channel it.

Guided by voices only Nessa can hear, the trio discover the abandoned body of a teenage girl. The police have written off the victim. But the women have not. Their own investigations lead them to more bodies and a world of wealth where the rules don’t apply – and the realisation that laws are designed to protect villains, not the vulnerable.

So it’s up to these three women to avenge the innocent, and punish the guilty…

The time has come to embrace The Change.

Kirsten Miller is an outstanding feminist author in the YA and children’s space, who spent twenty-five years as a strategist in the advertising industry. During that time, she worked for some of the largest agencies in the world – including J Walter Thompson, DDB, Lowe, and Ogilvy & Mather – as well as boutique agencies and an eight-person start up. She’s proud to have quit a senior job at one of the most famous ad agencies in America over an ad that’s described in The Change. The Change is her first adult novel.