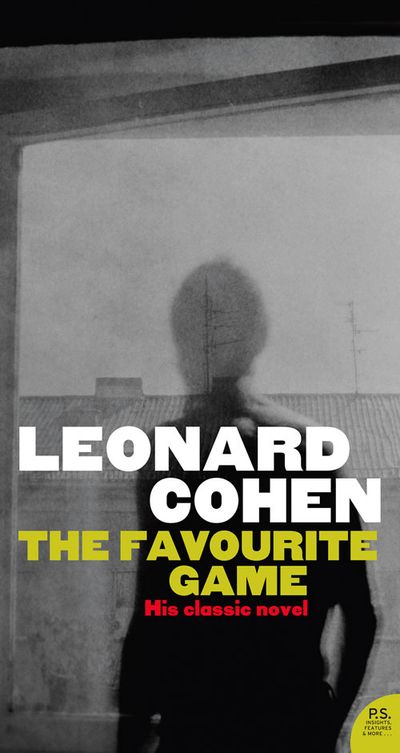 This warm and lyrical semi-autobiographical first novel by singer-songwriter Leonard Cohen charts the coming of age of Lawrence Breavman, the only son of a Jewish Montreal family.

‘Children show scars like medals. Lovers use them as secrets to reveal. A scar is what happens when the world is made flesh.’

Lawrence Breavman seeks two things: love and beauty. Beginning with the innocent games of delicious misadventure with first love Lisa and the absorbing wanders through Montreal with best friend Krantz, Breavman’s tale is a distant echo of ‘Catcher in the Rye’ and ‘Portrait of the Artist as a Young Man’ – injected with 1960s aesthetics and Cohen’s unique poetry. As Breavman grows into a young man, the emerging writer continues his quest for beauty and love, finding himself in the arms of Shell and a burgeoning realisation of his own talent for appreciating majesty in the grotesque.

Semi-autobiographical, the angst and beauty of Cohen’s voice deftly channel the painful confusion of the journey into adulthood, and the friendships, wars and lovers that are our guides.

”'He is a writer of terrific energy and colour, a Rabelaisian comic and a visualiser of some memorable scenes.” - Observer

‘’The Favourite Game’ is a morally brave book, intimate and unflinching…Leonard Cohen sustains the highest level of poetic craftsmanship throughout.’ Paul Quarrington, author of ‘Whale Music’ -

”'Is there any Canadian novel as compelling and as good at capturing youthful anxieties as J. D. Salinger’s 'Catcher in the Rye'? Absolutely…Leonard Cohen’s first novel, 'The Favorite Game'…One of the 10 best Canadian novels of the 20th century.” - Globe & Mail