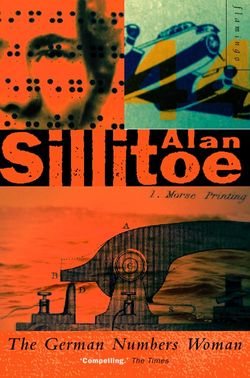 A top-rate novel of drugs, love and treachery from an author at the height of his powers.

Blind Howard, an ex-RAF veteran, possesses an acute sense of awareness, and can see almost better than the sighted. Morse code patterns his universe and keeps his mind tuned sharp to the big and sometimes bad world. Laura, his ever-doting wife, is loveliness personified. Things start to change when he meets the nefarious Richard. Morse is the common denominator of the alliance, but before long Howard’s world of dots and dashes, dits and dahs takes on new darker horizons when he clicks into a drugs racket which means leaving his caring wife for a wild voyage in search of a woman whose voice he has fallen in love with; and a sea-journey with maverick sailors on a heroin heist.

Alan Sillitoe is one of the undisputed finest novelists of his day.