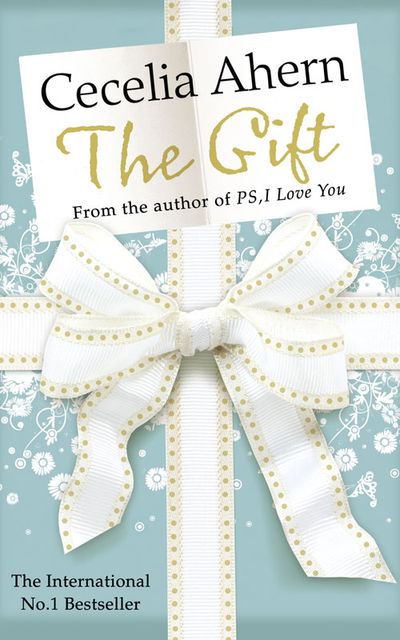 Step into the magical world of Cecelia Ahern

If you could wish for one gift this Christmas, what would it be?

Lou Suffern wishes he could be in two places at once. His constant battle with the clock is a sensitive issue with his wife and family.

Gabe wishes he was somewhere warm. When Lou invites Gabe, a homeless man who sits outside his office, into the building and into his life, Lou’s world is changed beyond all measure…

An enchanting and thoughtful Christmas story that speaks to all of us abut the value of time and what is truly important in life.

Author: Cecelia Ahern
Format: Paperback (A Format)
Release Date: 01 Oct 2009
Pages: 336
ISBN: 978-0-00-732633-4
Price: £6.50 (Export Price) , £7.99, €7.54
Cecelia Ahern was born and grew up in Dublin. Her novels have been translated into thirty-five languages and have sold more than twenty-five million copies in over fifty countries. Two of her books have been adapted as films and she has created several TV series.She and her books have won numerous awards, including the Irish Book Award for Popular Fiction for The Year I Met You.She lives in Dublin with her family.

”'Utterly irresistible . . . I devoured it in one sitting” - Marian Keyes, Irish Times

”'An intriguing, heartfelt novel, which makes you think about the value of life” - Glamour

”'A heavenly gift that speaks to the heart” - Irish Independent