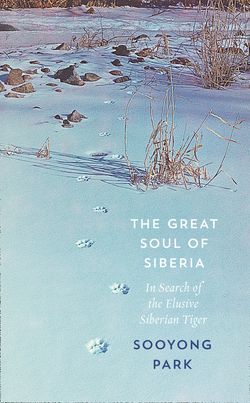 There are five races of tiger on our planet and all but one live in tropical regions: the Siberian Tiger Panthera tigris altaica is the exception. Mysterious and elusive, and with only 350 remaining in the wild, the Siberian tiger remains a complete enigma. One man has set out to change this.

Sooyong Park has spent twenty years tracking and observing these elusive tigers. Each year he spends six months braving sub-zero temperatures, buried in grave-like underground bunkers, fearlessly immersing himself in the lives of Siberian tigers. As he watches the brutal, day-to-day struggle to survive the harsh landscape, threatened by poachers and the disappearance of the pristine habitat, Park becomes emotionally and spiritually attached to these beautiful and deadly predators. No one has ever been this close: as he comes face-to-face with one tiger, Bloody Mary, her fierce determination to protect her cubs nearly results in his own bloody demise.

Poignant, poetic and fiercely compassionate, The Great Soul of Siberia is the incredible story of Park’s unique obsession with these compelling creatures on the very brink of extinction, and his dangerous quest to seek them out to observe and study them. Eloquently told in Park’s distinctive voice, it is a personal account of one of the most extraordinary wildlife studies ever undertaken.

Sooyong Park is an award-winning documentary filmmaker who has devoted over twenty years to studying and filming Siberian tigers. His groundbreaking tiger research was the subject of the film Siberian Tiger Quest. When not in Siberia, he lives in Seoul, Korea.Based on his philosophy that ‘nature is to be observed, not directed’, his work involves unimaginable patience and a painstaking devotion to becoming part of nature. His profound insights into the natural world and his warm affection for living creatures reveal that animals, like humans, have souls.