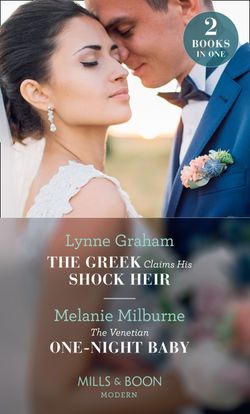 The Greek Claims His Son

The billionaire has discovered her secret…

Winnie is horrified when tycoon Eros seeks to legitimise his hidden heir. Swept away to his Mediterranean villa, she’s overwhelmed by the fire still burning between them. But can she accept her new role as his convenient wife…?

A baby binds them for ever!

A hotel mix-up means Sabrina shares a room—and an electric night!—with her nemesis Max. They’ve always battled their chemistry, so when Sabrina confesses she’s pregnant she’s stunned by Max’s demand that she wear his ring!