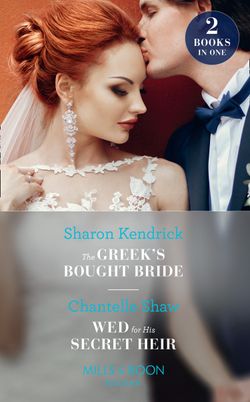 Her innocence… his ring!

When Tamsyn loses her innocence to Xan, she doesn’t expect to see him again—until he proposes a marriage of convenience. Xan is dangerously addictive… If Tamsyn isn’t careful, she could lose herself to him—for good…

Wed for His Secret Heir

To shake his playboy reputation, Giannis enlists beautiful Ava to pose as his fiancée. But when Giannis learns Ava’s keeping the consequences of their passion a secret, to legitimise his child, he’ll make Ava his wife!

Chantelle Shaw enjoyed a happy childhood making up stories in her head. Always an avid reader, Chantelle discovered Mills & Boon as a teenager and during the times when her children refused to sleep, she would pace the floor with a baby in one hand and a book in the other! Twenty years later she decided to write one of her own. Writing takes up most of Chantelle’s spare time, but she also enjoys gardening and walking. She doesn't find domestic chores so pleasurable!